Starting out a new tradition– a weekly TBT post! This post has been sitting in my drafts for months. Twist was such a great place, and since this post I actually have been back more than once! Twist is a great place to go with a group of people to try a bunch of different things. While I did love my actual meal, the shareables were SO much fun to try and pass around. Either way, enjoy this post from literally five months ago that I am just getting around to posting now. 🙂

Usually when my Dad comes to visit, he brings me to my favorite restaurant in Fargo, Wasabi. The last time that he came up, one of my best foodie friends joined us and suggested Twist in Fargo! Not only was it so fun to spend the evening with two of my favorite foodies, it was so awesome to finally get to include Jess in one of the dinners that my Dad and I so enjoy. So fun to try a new spot and share everything with two people who love food as much as I do. We went a little crazy and ended up trying about a million different things which was so awesome. Also perfect for a place like this because they offered tons of different starters and “snacks” that are perfect for sharing.

We had to try something fun to drink, and since I don’t drink pop, lemonade is always my go-to. Twist had a pretty impressive bar, so Jess and I requested blood orange lemonades, which ended up being sooo awesome! There were plenty of alcoholic beverages to choose from, but since neither of us are of age, we just had to admire. 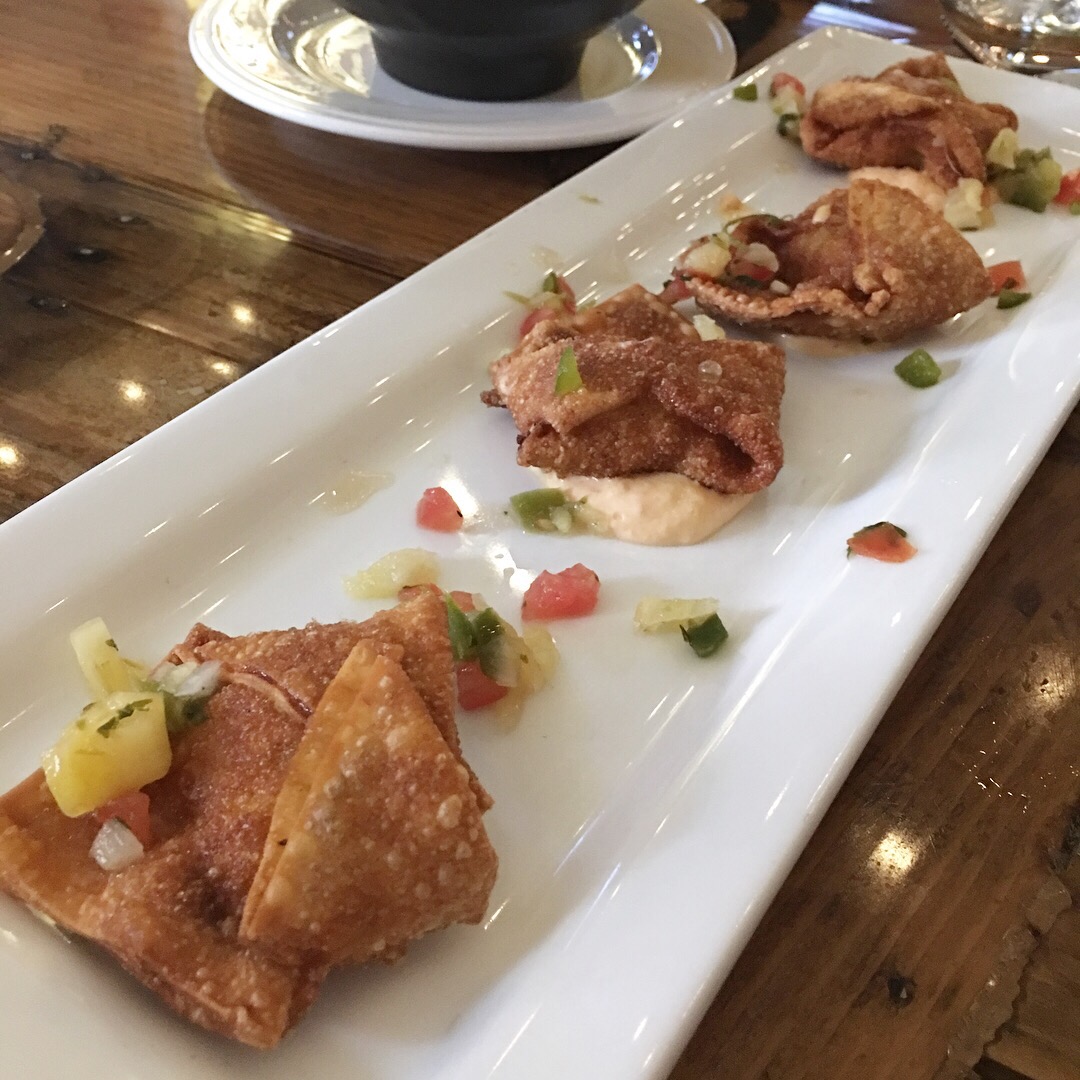 I loved the bacon and jalapeno wontons. I was a little worried about the spice and the bacon, just because I am always hesitant with each of these. Though most people are like waaaay obsessed with bacon, it doesn’t do anything major for me usually. But these were an acception. They had a perfect amount of sweet and spicy, combined with the crispiness of the wonton and the creamy sauce. THE SAUCE!!!! These were delicious.

The parmesan truffle fries were out of this world. I loved them alone– no dipping sauce necessary AT ALL. The truffle oil stood out on its own, with hints of garlic as well. These were absolutely delicous. I feel like when you go into them though, you have to understand that these are fancy fries. They aren’t your normal fries– these were so full of flavor and SO GOOD. I couldn’t stop eating them. If you’ve ever been to the Minnesota State Fair, they did remind me of the garlic fries from The Ballpark (I think), but they were probably better.

The lobster ravioli was by far my favorite thing that we tried at Twist. The veggies (mushrooms and asparagus among two of my favorite things) combined with the lobster in the ravioli and creamy sauce were absolutely delicous. All of the flavors in this starter plate went together perfectly and were incredibly tasty. Had I known how good this dish was, I would have ordered it as my entree. I literally don’t know why I was surprised at how good this was, but I was SO impressed. So good, I will need to be trying this again.

The Louisiana Chicken Sandwich was AMAZING! And don’t even get me started on the tator tots… OMG. Honestly you can’t really go wrong with breaded chicken ever, and this was one of the better chicken sandwiches I’ve ever tried. Yum. Okay so there was a spicier breading on the chicken, which was perfectly crisped and had a perfect amount of sauce on it. Along with the pickles and the delicious bun, this was a great combination. So good. We probably didn’t all three need to get an entree in addition to our appetizers, but we somehow managed to finish this entire sandwich and the tots. 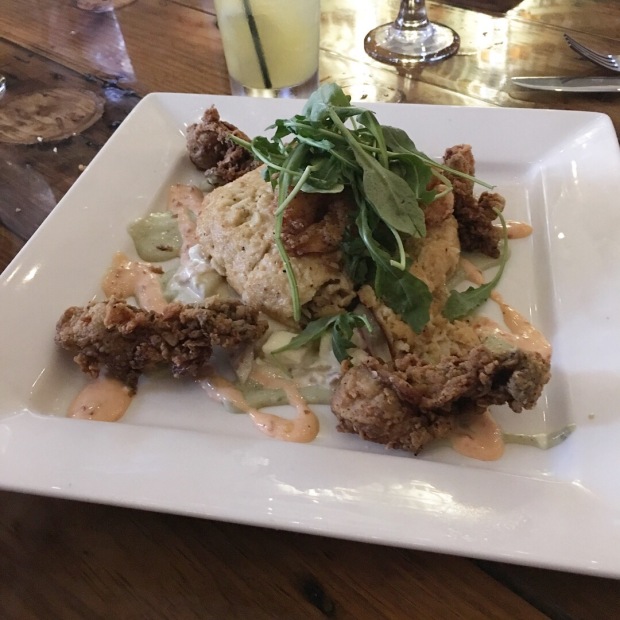 So, normally I’m not a huge fish person. But this was super yummy as well. My Dad ordered this one, and was particularly impressed with the huge crab cake that served as the base of the entree. Really good honestly and as someone who really likes fish, my Dad was so impressed. This dish didn’t particularly stand out to me just because fish typically doesn’t do anything for me, but if you like fish or crab cakes, I would certainly recommend it.

Last but not least, this was my entree! I was honestly so impressed with this as well. The chicken was breaded, which makes it 100% better automatically, The sauce on the chicken, paired with the moist meat, and the crispy chicken was absolutely perfect. The beans were coated with a light sauce that slightly resembled balsamic dressing, and the mashed potatoes were PERFECTLY fluffy and creamy. Honestly, I would order this again in a heartbeat.

I was honestly so impressed with Twist as a whole, and was equally impressed the second and third time that I went back. I am excited to go back as a 21 year old so that I can try some of the drinks. This would be a perfect spot for happy hour with really creative beverages and awesome shareable plates. I would highly reccommend to anyone who is looking for a fun spot in downtown Fargo!